When you hear the terms “CGI” or “special effects” in movies, you often think of enormous green screens and actors in motion capture suits with sensors all over their faces and bodies. Movies that come to mind are major blockbusters such as Lord of the Rings, Avatar, and The Avengers, as big budgets afforded these filmmakers the luxury of having their grand visions come to life on the big screens, while most moviemakers are relegated to using the props and locations available to them in the real world. However, with the improvements in software, graphics cards, and processors, making larger-than-life films that take place anywhere you can imagine is now possible at a fraction of the time and costs it used to take. These advances are largely due to the Unreal Engine, a free-to-use game creation engine that is being adopted by production studios and has given rise to a technique called virtual production whereby live action scenes and computer-generated images are combined in real-time. The most well-known use of virtual production is Disney’s The Mandalorian, which used LED walls and Unreal Engine instead of green screens to create the digital backgrounds. Watch the video below to see behind the scenes of how The Mandalorian used virtual production techniques.
In this article, we will highlight 5 ways this technology is disrupting the film and TV industry!

With traditional green screen technology, actors and directors have to imagine where they are when they are filming as the background and visual effects can’t be added in until the post-production process. With virtual production, the background can be displayed on the LED walls behind the actors and can be changed in real time. Director wants to move this mountain over to capture a better shot? You got it. The lighting needs to be changed to match the studio lights? No problem. This way, directors can more clearly explain what they want to the actors and VFX team, and changes that would have taken months of edits and reshoots can be done in a weekend. 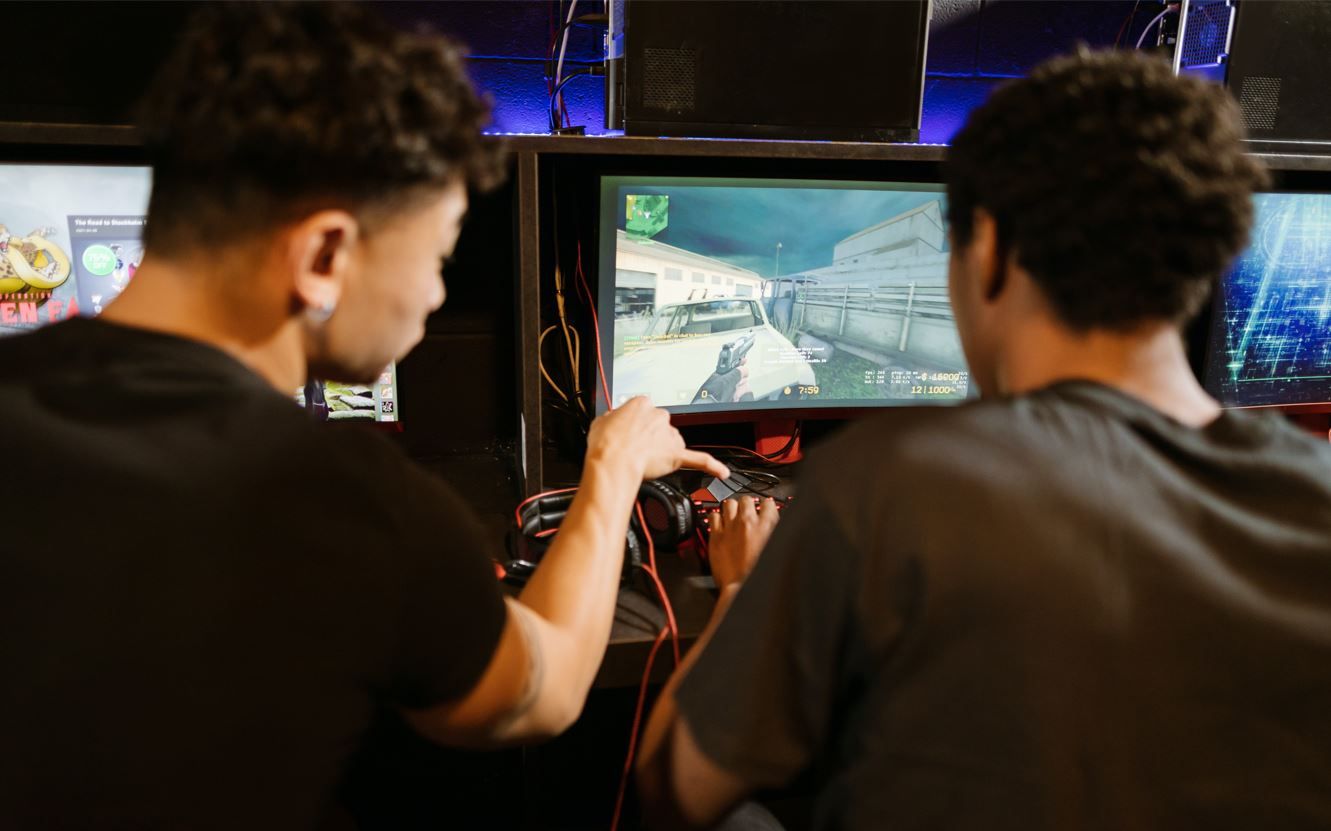 Green spill refers to the green light reflecting off the green screens and onto the actors, and editing this out in post is a long and tedious process.  The main character in The Mandalorian is covered in shiny chrome, which would have been a nightmare to edit out all the green spill.  With the use of virtual production, the production crew did not have to worry about green spill as the background being reflected off the Mandalorian’s costume would have been the actual background for the show, adding to the realism of the shots and saving lots of time and money during the post-production process. 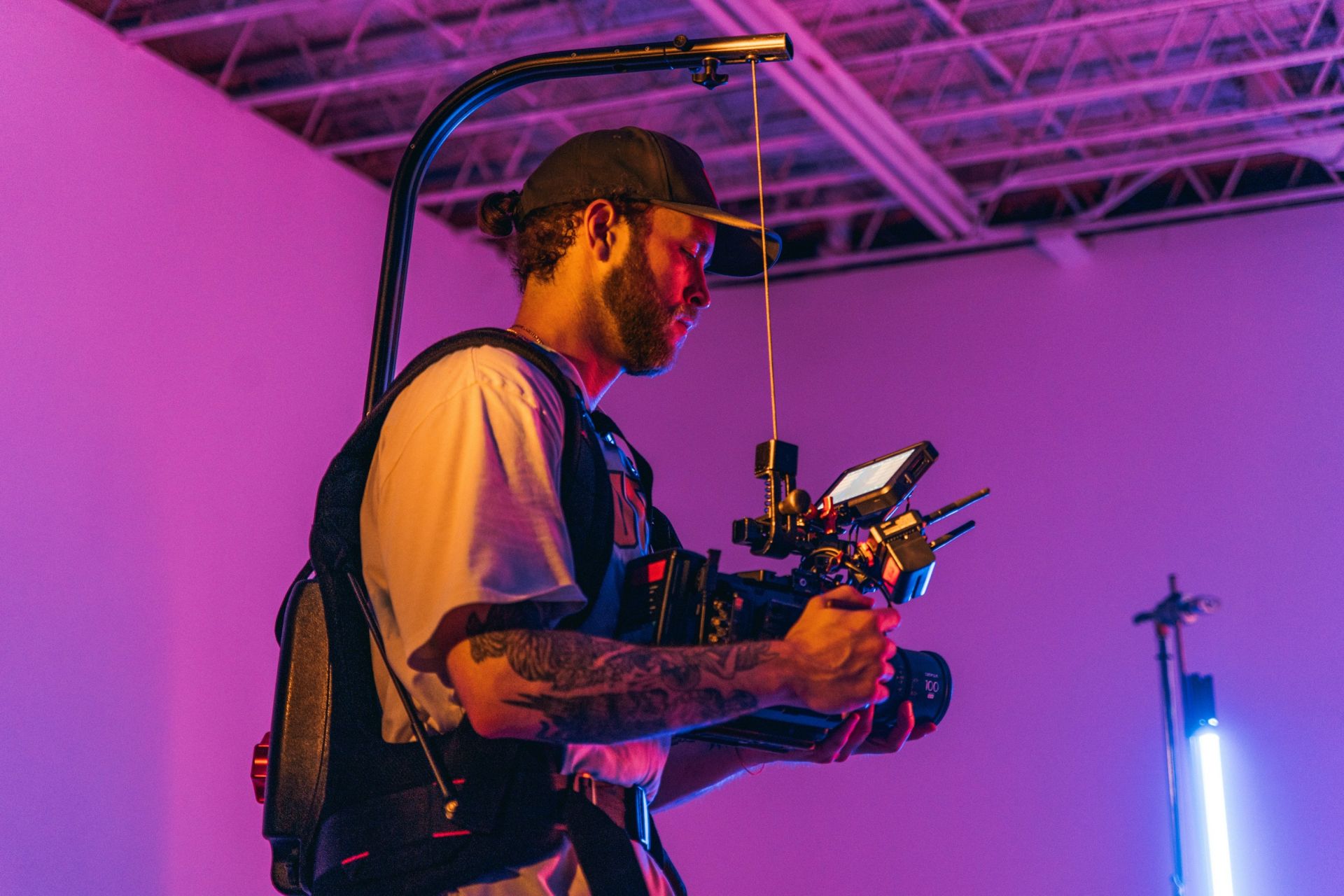 Speaking of saving time and money, everyone knows that making movies is expensive, so any way to cut costs without compromising quality is a major boon. Budgetary issues are usually always the main reasons films get put on hold or artistic visions are compromised. As Peter Hyoguchi, director of Gods of Mars and an advisor and instructor at EEI Creative Arts explains, “Instead of spending a million dollars a minute, which is how much a Pixar movie costs… we just need one computer, and one graphics card, and boom! We’re able to build photorealistic worlds in real-time.” Gods of Mars is an epic sci-fi action film that takes place on a futuristic Mars and is filmed using Unreal Engine, LED walls, and scanned miniature models of spaceships and robots that are digitally manipulated. “I’ve always wanted to direct a Star Wars movie, and this movie’s got the scope of Star Wars, but we’re able to do it on a catering budget of a Star Wars movie,” Peter says with a grin.
Watch the video below to see how Gods of Mars is using the latest movie making technology that will revolutionize the industry. Gods of Mars is currently in production and is being worked on by two of our instructors, Peter Hyoguchi (director) and John Inman (3D Artist)!

It takes an entire village to make a movie, but the process can be very fragmented and compartmentalized with most of the people not able to see or understand the final product until many months later after it has been completed. With virtual production, VFX teams, actors and actresses, and directors and the camera crew can better communicate and collaborate with each other since they can see the virtual backgrounds on the set and can make necessary changes on the spot. Various teams can work together to make improvements during the production process rather than leaving it to the editors to “fix it in post.” Directors can see the background and the world of the film or show and can better communicate their vision to the actors and actresses, who in turn can be more present and not have to leave too much to the imagination. Moreover, VFX and production teams can adjust and adapt quickly to better match the director’s vision.

Movies and shows require different locations to film, which can be very costly, and as the past year has shown us with the pandemic, downright impossible due to travel restrictions and lockdowns. Wouldn’t it be great if you could film a car chase in the streets of Tokyo for one scene, and in the next scene capture the scenic wonders of Iceland without needing to hop on a plane, rent truckloads of equipment, or secure permits from local authorities? With Unreal Engine, you can create any city or location in photorealistic detail with only your imagination as the limit. In addition, with many people still working remotely because of health and safety reasons, virtual production allows team members to work from anywhere in the world as long as they have a high-powered laptop and good internet connection. Check out our friends at Bipolar Studios and their virtual production work with Porsche and a film starring Jackie Chan in which the entire landscapes were created digitally in Unreal Engine!

To learn how to use these state-of-the-art cutting edge tools, sign up for our Digital Tools of the Trade virtual production course modules!
5225 Wilshire Blvd Suite 222, Los Angeles, CA, 90036
www.eeicreativearts.com
Copyright © 2021
Login or sign up to start learning
Start learning
or
Sign up to !
or
click to upload avatar
I accept the Terms & Conditions
I would like to receive news, tips and tricks, and other promotional material
Start your learning journey
Sign in with your account Forgot your password?
Get a brand new password!
OK
Cancel
Get a brand new password!
OK
Cancel